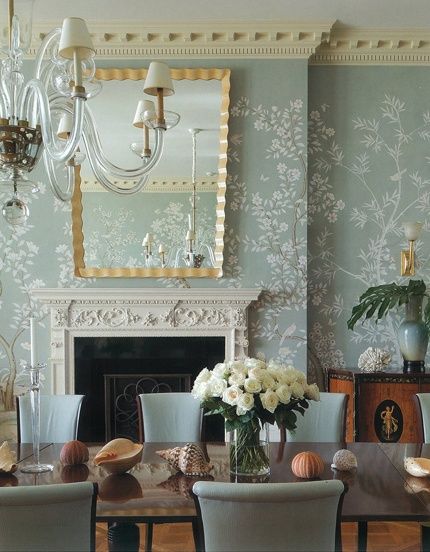 Chinese silk wallcoverings are one of the earliest global luxury products. Originally, the exclusive domain of Ming Dynasty Chinese nobility, by the 18th Century, the papers  had also been widely adopted by the English and French nobility as the high-water mark of interior design. In France, they were known at the Louis XIV Versailles court as” papiers peints panoramique”.